Turkey will provide drones to India

The step that Turkey has taken now raises serious questions about all of Turkey’s past decisions, and it has become clear that if anything is important at the moment, it is only financial gain. This means that Kashmir for which Turkey was raising its voice yesterday is now going to give drones to its enemy India. And what kind of friendship does Turkey have with Pakistan that it is strengthening the hand of its enemy against Pakistan.

What is actually happening is that a Turkish company, Zyron Dynamics, has signed an agreement with India under which Turkey will supply Multa Routem mini UAV drones to India And the deal is being named the Beginning of New Relations between Turkey and India. The supply of these drones will start in a few days and 100 drones will be delivered to India in the coming year, the demo flights of which will start in March 2022. And it’s not just a matter of supplying drones, but India has also taken over 30% shares of the drone company. At that time, Turkey will not only give India the technology to make these drones but also the two countries will expand their business all over the world and will market and sell these drones. And these are the same drones that Turkey used in the war with Armenia between Armenia and Azerbaijan, and these drones destroyed Armenian tanks and their defenses. But now these drones are going into the hands of India which is the enemy of Pakistan and going from Turkey. But now Turkey is going to give drones to India. Finally, Turkey will provide drones to India. 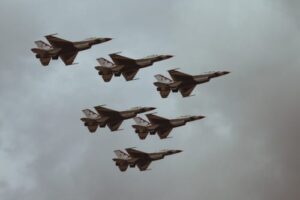 Doesn’t Turkey know that the drone it is giving to India that against whom will India use these drones?
Is Turkish President Recep Tayyip Erdogan unaware of the Kashmir issue and the strained Pak-India relations?

Turkish President Tayyab Erdogan wanted to prove himself the greatest leader of the Muslim Ummah and until yesterday, Pakistan was criticized for refusing to attend the Malaysian submission under pressure from Saudi Arabia. Now he himself is expanding his relations with India.
Ten years ago today, Tayyab Erdogan announced that Aya Sofia would be converted from a museum into a mosque, which caused him much international criticism but increased his popularity among Muslims. At a time when efforts were being made to unite the entire Muslim Ummah and a separate bloc was being prepared, Tayyab Erdogan’s decision was well received. In addition, in the United Nations, Turkey used to raise its voice in favor of Kashmiris from time to time.

Tayyip Erdogan insisted that the decades-old Kashmir dispute between Pakistan and India should be resolved on the basis of a UN resolution. He said that the issue of Kashmir is with Turkey and Kashmir and apart from the five major powers, the world is very big. 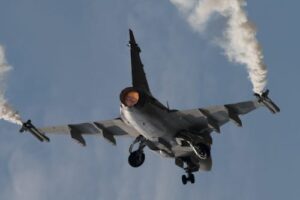 Even when the special status of Occupied Kashmir was abolished by India, Tayyab Erdogan said that removing the special status of Occupied Kashmir has further complicated the issue. The Kashmir issue is very important for the stability of South Asia and you are also a burning issue due to this, India was angry with Turkey while Kashmir was very much welcomed by Kashmir.

But now Tayyip Erdogan is giving drones to India and thinking who will be India’s first target then every child knows that India’s first target will be Kashmir and second Pakistan. They will be used against Muslims and Muslims will be martyred because the Modi government does not have the courage to do anything against China. Speaking of Pakistan, Tayyab Erdogan is the foreign chief who has addressed the Pakistani parliament the most. Regarding Pakistan-Turkey relations, it is said that the borders of Pakistan and Turkey do not meet but the hearts and souls of Pakistan and Turkey are connected. Speaking on the Kashmir issue, Turkish President Tayyip Erdogan also said that Kashmir has the same status for us as it has for Pakistan.
But despite all this, Turkey gave Pakistan the gift of Ertugrul’s drama while moving forward to join hands with India by giving many drones with the enemy of Pakistan. And Ritter is also going to do business with India and also a business in which Pakistan suffers the most.

Relations between India and China. A village of China built in India

Why is Turkey doing all this? and Turkey will provide drones to India 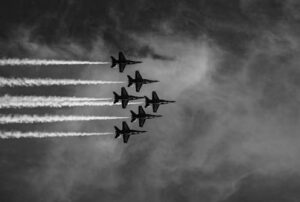 The reason behind all this is the same as the reason behind Muhammad bin Salman’s music concert in Saudi Arabia. Just as they want to shift their economy from oil to other industries and tourism and make money, so too does Turkey have financial interests behind the deal. Because the economic situation in Turkey is not so good at the moment and the Turkish currency Lira is depreciating as much as it did in 2018 when Turkey faced a crisis.

Turkey is now going to give these drones to India. The thing is why Turkey is doing this?
In fact, now no one cares about the ummah, everyone is interested in their own interests. Like the ruler of Saudi Arabia, after Shah Salman, Muhammad bin Salman has nothing but his own interest, he just means money, no matter where the money comes from. Saudi Arabia is also going to recognize Israel, it does not matter what effect it will have on Pakistan and other Muslim countries. Saudi Arabia means back to its interests no matter which country it comes from.

In the same way, Turkey now means only its own interests, even if those interests are being combined with the enemies of Pakistan and Kashmir.
Greece is at war over development and has accused Pakistani Air Force troops of going to Turkey and putting Air Force troops on their feet. Now India is supporting Grease that you should go over Turkey and work against it but still, Turkey is going to give drones to India.