The flying car has been launched and what will be its price. Some time ago, we used to see amazing things in science and technology movies, so we wondered if we could see such amazing things in the future. But it was not expected that this time would come so soon.

The first test flight of flying cars has been done in Dubai and in it, you will fly up to thousands of feet. That means now you don’t have to drive on the ground on the road, in the future you will drive but you will drive in the air.
The flying car successfully flew for one hour and 35 minutes and a combination of car and aircraft technology, this air car has a BMW car engine. Its engine is fueled by any ordinary petrol pump.
Professor Stephen Klein claims that it can fly up to 1,000 kilometers and 8,200 feet.

This car has spent 40 hours in the air. This car takes two minutes to get the characteristics of the plane. The aircraft reached a speed of 170 km per hour in the air and can accommodate two people and had a weight limit of up to 200 kg. It cannot fly straight up like a drone, it needs a runway to fly. 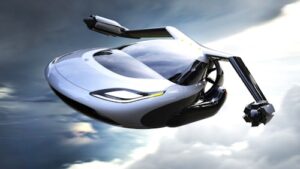 Strange discoveries by Hubble Telescope in Space in 2022

Discover the 7 wonders hidden in space and strange discoveries by Hubble Telescope in Space in 2022. Science has made discoveries in 2021 that make our hair stand on end. Trying to figure out what science has discovered and the strangest things you’re going to see in space. The closer we look at space, the … Read more

What will be the price of a flying car

In 2019, Morgan Stanley predicts that by 2040, the value of the flying vehicle sector could reach 1.5 trillion. The flying car maker says it took two years to build and cost less than 2 million euros.
You can buy this car for $92,000.

Has the flying car really been launched?

Some people do not believe that the incoming vehicle has been made. Building a flying car is a thing of the past, but it has been launched and its test flight has been successful, and it is a fact that flying cars will be available in the future.

Now the interesting situation here is that if you drive a car in the air then it means you have the ability to go to any corner of the world, that is, at the same time you will be the driver and at the same time you will be the pilot and you will also be called an expert by the license that will be provided.
The first test flight of the car has been made in Dubai, so after that now people may come to this car instead of expensive cars. The flying car company has said that in the future you will see these flying cars in the atmosphere around the buildings in Dubai. The company has said that they will blow up a lot of other things besides cars. The advantage of driving in the air is that the load on the ground traffic will be greatly reduced.
Drivers on the roads in Dubai are well aware that the best traffic system in the world is inside Dubai.

Who will be given the license for flying vehicles?

To drive a car inside Dubai, you first need to take an in-school driving course and then take training, after which you can apply for a driver’s license. When you get a driver’s license, you are called a good driver. 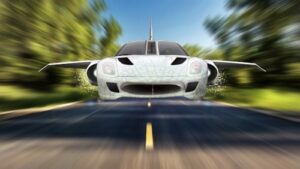 After ten years, fewer vehicles will be seen moving on the ground and more in the air inside Dubai, and the license for this vehicle will be given to the companies or private owners who will meet their requirements. This means that not every mango person can get this license because it is very difficult. In that case, they would have to create a new mechanism, ie a new building, where you can park your car, where you can’t.
The first thing they will do now is to license the big companies, just as the buses burn on the roads, so they will take people from one place to another, and the ground park traffic work. The load will be very low. After that, licenses will be issued to the general public. This means that the air system will be under your control and you can move from one place to another as soon as possible because there is a lot of opportunities in the air. That means there will be no building etc. on the way, there will be no obstacle, you can fly in the air on top of them.

There will be situations in the future where you can travel from one country to another while traveling in a certain direction. In the future if you have to move from one country to another you just have to register then you can easily move from one country to another.
In the future, the car will be completely automated and these flying cars will be used as buses and taxes in the future ie you will hire the car and sit in it and it will take you to your destination. Meaning there will be no driver in the car, you just have to sit in the car and give your destination address and it will take you there by itself. In the air they will have a completely special track in which they will travel, meaning that the airline of some vehicles will be at a height of 100 feet in the air and the airline of some vehicles will be at an altitude of three hundred feet ie Build a complete system.

Anemia in pregnancy And Treatment for Anemia in Pregnancy