The year 2021 is coming to an end which in many respects was a very difficult year for us human beings this year has been very difficult, especially with diseases and deaths and the economic situation was not much better. But now the new year is about to begin and like every year this year, too many famous astrologers have made a very important and dangerous prediction about the new year.

The dangerous prediction about the new year made by Nostradamus 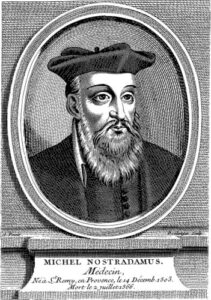 The Nostradamus predicts that a space rock will fall into the ocean, triggering an earthquake and then a tsunami that could wreak havoc around the world.
It is also predicted that there will be a Rain of Planets from the Sky to the Earth which could cause innumerable deaths.
One of the predictions of the Nostradamus is that the sudden death of North Korean President Kim Jong-Un could happen and if that happened then it would be a big change in 2022. 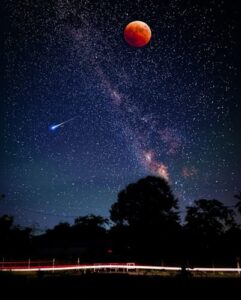 The most dangerous predictions about the new year by Nostradamus

The most dangerous prediction about the new year by Nostradamus is that the world will be dark for three days and great war will end. 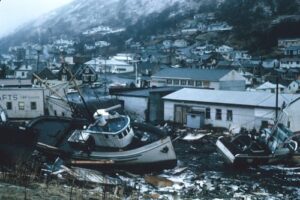 By the way, these Nostradamus predicted natural disasters in France and Japan in the same year.
According to him, there will be a big hurricane in France. By the way, this storm will dominate the whole world, but Nostradamus has emphasized on France that France will suffer the most.

The prediction for Japan is that there will be an earthquake in Japan during the day which will cause a lot of financial loss but the risk of loss of life is less. In addition, the break-up of the European Union is predicted, to begin with, the withdrawal of the United Kingdom.

Inflation is predicted to cause a storm of inflation in the world which will force people to starve and lose their lives.

The most dangerous prediction about the new year by Baba Venga

Now we will talk about what Baba Vanga has predicted about 2022.

Baba Vinga’s first prediction is that a team of scientists will develop a very dangerous virus and this virus will spread all over the world and it will be very difficult to cure and we have seen in the first two years that the virus Because of how bad situation of the world.
The coronavirus and its variants have engulfed the aviation industry and other businesses, and the shock has not yet been recovered. The next day travel restrictions begin to be imposed and it is not possible to say which country will be closed on which day due to lockdown. There is no doubt that a new virus will spread this year too and if that happened then you would not be able to imagine how devastating it could be.

Baba Venga also predicted that rising global warming would be catastrophic this year. The heat will increase so much that the ice in the Russian region of Siberia will begin to melt When this happens in cold regions, then think about how high the temperature of hot regions will be?

It is also predicted that global warming in India will cause the temperature to rise drastically and in most areas, the temperature will rise above 50 degrees Celsius. And due to the increase in temperature, the production of locusts will increase a lot. And it will spread to the green fields and destroy the fields Due to which there is a fear of famine.
And this prediction is also dangerous for Pakistan because India and Pakistan are not far apart and in the last one and a half years, we have seen that whenever locusts invaded India, they engulfed India as well as Pakistan because of the weather in both countries is the same. Therefore, Pakistan also needs to be careful. 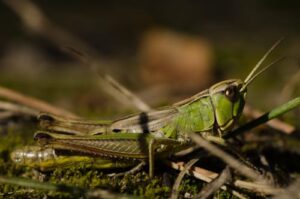 According to Baba Venga, like Nostradamus, the risk of earthquakes and tsunamis will increase significantly in 2022. 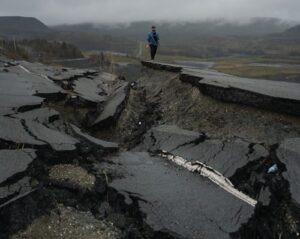 An earthquake in the Indian Ocean will be followed by a massive tsunami that will cover the coasts of Australia, New Zealand, Indonesia, India, and other countries.
And in this tsunami, thousands of people may lose their precious lives.

According to Baba Vanga, there is a risk of a tsunami on one side and a water crisis on the other. The water crisis will lead to a severe shortage of drinking water in many cities. River water will become polluted and lakes and ponds will shrink and people will have to leave their homes due to water shortage. Obviously, when people do not have access to drinking water, then they can stay there.

In addition, Baba Venga’s prediction for the year 2012, which already seems to be coming true, that is, people will spend more and more time on laptops and mobiles due to which they will become addicted to this thing and their mental condition will deteriorate and brain diseases will spread more and more. And we’ve seen this before because COVID-19 made a lot of people spend their time at home and student classes start online and everyone’s watch time increased so much that there was mental fatigue. It is also okay to have more and more brain diseases. Because the way people behave nowadays is fluctuating and more and more people are suffering from depression and tension which never happened before.

Among all these predictions is a very good prediction that in the year 2022 a cure for the deadly disease cancer will be discovered. And revolutionary avenues will open up for energy from the sun.

How true and false these predictions are

These were the famous predictions made by the famous astrologers Nostradamus and Baba Venga about the year 2022.

But in this regard, you should also know that in the past where many of his predictions have been proved true and many have been proved wrong.
Therefore, we cannot say with certainty what will happen in the future and what is not. Allah knows all this. But their predictions are far more dangerous and if any one of them were fulfilled there would be a lot of destruction in the world.