The backside of the mobile is made of plastic and the frame is also made of plastic but it is not stated which glass was fitted. The frame of this mobile is flat which gives a premium hand feel. Built quality is great when it comes to built quality and good-looking design when it comes to design. Dual Camera setup in a rectangular shape on the top left of the back panel with LED flashlight. And the bringing of Realme on the lower side. Speaking of the front side, the notch comes in the display and the bezels are thin and the chin is a bit thick. 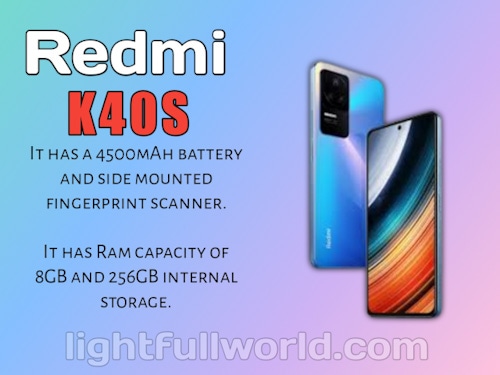 The display of this phone is a 6.5″ IPS LCD capacitive touch screen. This display comes with FHD+ resolution. This mobile has 600 nit brightness which means there will be no problem with brightness indoors and outdoor. The refresh rate is 90Hz and 180Hz TSR.

The camera result is almost OK in which the camera is fitted to normal range so don’t expect too much from the camera. There are some limitations due to the GPU of this mobile, 4k video recording and 1080P on 60fps are not available on this phone.

It can record the video at 30fps and also on the front camera.

The dual-camera setup with LED flashlight on the backside. 13MP primary sensor and 2MP of the depth sensor.

This mobile phone has been launched in two variants in China but maybe launched in one variant in Pakistan and India.

The amazing processor of this phone. To improve mobile performance, this phone is equipped with Dimensity 810 Chipset from MediaTek. This chipset is very powerful and built on 6nm technology. It provides efficient energy and resolves the heating issues. The performance of this processor is great.

In terms of the weight of the mobile, the battery that has been put in it is very strong. There is a 5000mAh battery and this phone supports 33W fast charging. The type of charging cable is type C.

Speaking of the mobile weight, this mobile is extra lightweight. Weight distribution with glass, metal body, and 4500 mAh battery is very well done. The 178-gram weight of this phone.

Realme Q5i is value for money or not?

This phone is wonderful regarding all specs, camera result is too good and the display is  IPS but not bad quality Design and builds quality is quite good. And the main thing is the chipset of this phone, this is outclassed and performance is also great. So, this is a very good mobile in this price range.