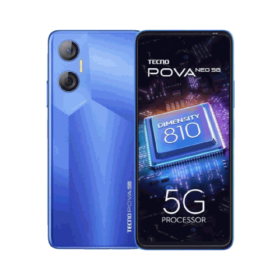 Tecno is going to launch a new mobile phone very soon and its name is Tecno Pova Neo 5G. Tecno has basically made these mobile phones targeting gaming users and Tecno’s Pova series mobile phones are almost exclusively made for gaming. The Techno Pova Neo 5G will be launched in the next couple of weeks.

A diagonal pattern is made on the back side of the mobile which gives the mobile a very fantastic look. The mobile has a Type-C port for charging and a dual nano SIM tray along with a dedicated microSD card slot. The weight of the Techno Pova Neo 5G has not been announced yet but it will weigh around 210 grams due to its large screen size and a huge battery.

Talking about the display size of the Tecno Pova Neo 5G, there is a 6.8-inch Full HD Plus resolution (1080×2460) screen and it is quite a large display.
It will feature an IPS LCD display with a refresh rate of 90Hz and a brightness of up to 700 nits.
Talking about the display design, the bezels of the display are made thin and the chin is also made almost fine it is a screen display for punch-hole so you will see a good display.

The Tecno Pova Neo 5G has a large 6.8-inch display with a refresh rate of 90 Hz, so the gaming experience will be much better. The operating system is Android 12, so the software experience in this mobile phone will also be very good.

Main Camera
A dual camera setup will be seen here and the primary camera will be 50-megapixels while the second camera is yet to be confirmed which sensor will be installed.

Front Camera
Talking about the front camera, you won’t see a good camera here, only an 8-megapixel camera for clicking selfies, which is very bad for this phone.

Videography
Talking about video recording, both the front and back cameras of this mobile phone will be able to record 1440-pixel video at 30 fps.

According to the information that has come out so far, this mobile phone will have a single variant with 4GB RAM and 128GB storage.
4 GB RAM is too low. Techno should provide at least 6 GB RAM or launch the mobile with 8 GB RAM. If 8 GB RAM is provided, then it is much better.

Talking about the battery, the Tecno Pova Neo 5G 6000 mAh battery is given, which is a very powerful battery, but the charging speed is very low here, is 18 watts charging. But there is a 33-watt charging should have been given 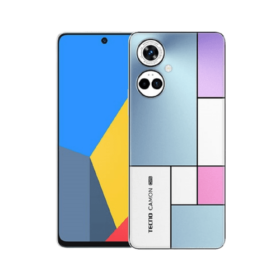 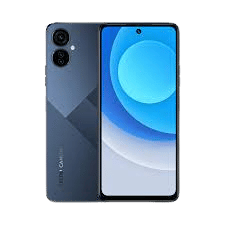