The invention of New Gadget 2021

So we can’t wait to see when such a gadget will be invented and when it will hit the market and reach us and we will use it. That gadget has been invented and is also available in the market but it remains to be seen whether this new gate will be able to replace the mobile phone and our life will be so important that we cannot live without it.

A smartphone is a device that has stopped us from using a lot of things such as wristwatches, cameras, calendar alarm clocks, charge lights, etc.

Now no one uses the alarm clock separately but the alarm clock in the smartphone is used. The calendar in the mobile is opened to view the history. The work of the camera is also taken from the camera of the mobile and only a professional person buys the camera separately, otherwise the work is done from the camera of the mobile. Nowadays the charge light is not used but only the flash light in the mobile is used. Today’s kids may have never seen maps in books, but they know exactly how to use Google Maps on their mobile phones. Women have stopped having separate mirrors in their handbags, but instead of using the screen display of the mobile or the front camera.

Many of the things we used to do on a computer, such as using social media for online shopping and checking emails, are now done on mobile phones. That is to say, the mobile phone has changed our lifestyle and changed the concept of what a smartphone is. Mobile phones are not just a device used for calling but we are also a mini-computer used for many purposes in our lives.

Facebook has invented a spectacle that is as amazing as the functionality of many gadgets that first came to a smartphone, just as Facebook has teamed up with the famous glasses maker company Ray-Ban to create such a smart glasses. In which an attempt has been made to add all the functions of a mobile phone whose name is Ray Ban Stories. 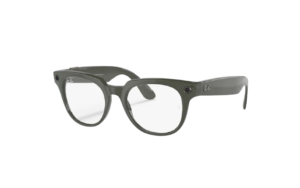 These smart glasses look like ordinary glasses but they can be used for many tasks with mobile phones.

These smart glasses are equipped with two 5-5 megapixel cameras that can be used to take pictures and record video with the help of hands.

Smart glasses also have a microphone and speakers, which means we can hear calls on them and also have the option of live streaming.

But to use all the functions of smart glasses, it is necessary to first connect them to an iOS or Android device.

And with the help of Facebook’s New View app, photos, videos, and media files taken with Ray-Ban glasses can be transferred to mobile.

These smart glasses are so light to use that they weigh less than 50 grams and come with a leather hard shell case.

Smart Glass has two buttons, one for media record and the other for on and off, and on the right side of the glasses is a touchpad that can be used for volume adjustment or call receiving.

Smart glass cameras with white LED lights that will turn on while recording video and people around will know that video is being recorded.

These smart glasses are not waterproof so they need to be protected from water during use.

These Ray-Ban smart glasses are available in three classic styles and you can also buy them in different colors and lenses. And you can use them as eyeglasses.

Facebook’s revenue reached 86 billion dollars in 2020, and the company is investing heavily in virtual reality.

Virtual reality is a way for humans to bring digital objects closer to reality and make them feel.

Smart Glass has a virtual reality feature and its users can create videos and pictures with the help of voice without the help of hand gestures. 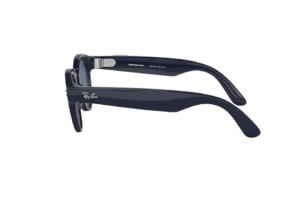 Many functions are added to these smart glasses but in the future, these super glasses will also work to enhance memory.

These smart glasses will be able to quickly translate foreign languages and will also be used to prevent unnecessary sounds from reaching the ears and will also provide information about the temperature of a normal human being.

The facial recognition feature of these glasses and the properties in the database on the technology base will not only identify people but also get their other information.

Facebook says it is reviewing all legal aspects of security issues and every step must be taken to make these smart glasses safe in every way.

Restrictions on the use of smart glasses

Unlike smartphones, we can’t use these smart glasses everywhere and Facebook has provided complete instructions in this regard.

According to which it is forbidden to use these smart glasses in private places such as bathrooms etc.

Also, it is forbidden to use them for any sensitive purpose or to harass anyone and also to obtain any PIN code.

According to the scientists who made these smart glasses, these AI-based glasses will soon replace smartphones. 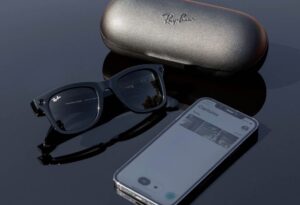